A while ago I had a really dumb idea to walk 27.5kms along the beach from Norah Head Lighthouse to Terrigal Skillion in a charity walk to raise money for the NSW Surf Lifesavers and the local surf clubs along that stretch of beach.

In fact it was such a terrible idea that the very day after I signed myself up for the second walk 26.9 kms from Blacksmiths Beach at Swansea to the Breakwall at Newcastle Lighthouse (and by signing myself up I mean of course Scott as well)

This was however a part of the coast I was unfamiliar with, whereas the previous walk was in my playground so to speak.

Surely the new view and exploring a new place would detract from the pain of slogging it up almost 27 kms of beach.

Also I thought I’d be smart and wear the super duper hiking sandals I’d bought while in the Italian Alps. Surely they’d be better than plain old sneakers. Once again it’s an early morning start – driving to the finish in Newcastle and catching a bus back to the start, this time from Swansea a little coastal village halfway from the Central Coast to Newcastle. Great fishing spot and in the channel you’ll sometimes see a family of penguins splashing in the shallows. Personally I wouldn’t swim in the channel, because I don’t think the sharks are that friendly.

Blacksmiths Beach however – separated from the channel by a breakwall is a popular family beach – but there way no time on the sand and soaking up the rays.

Along this stretch of coastal walk there is actually a fair bit less sand – but plenty of bush to make your way through. Although some of the cliff top views are spectacular. Cliff top however infers there might be a few hills?

You’d think wouldn’t you – but this time you’d be right! Third time lucky!

Again though, it’s an interesting way to see a part of the coast we weren’t that familiar with. (Scott is not looking so happy at this point – more like he’s tolerating my dumb ideas – as he always does god love him!)

The walk passes through Glenrock State Recreation Area and Arawaba National Park.. but no time to explore – we were on a time-limit if I wanted to pick up another medal – cause you know – I have to prove I did it 🙂 But we definitely found some places to go back and explore at leisure. Eventually the walk brings you into civilisation and a proper cycle/ walking pathway for the last few kilometers and some spectacular views down to Newcastle and Nobby’s beach. A stroll along the Anzac walk is much easier on the feet – but by this point it pretty much doesn’t really matter – walking hurts! Yes that’s steps in the background… lots and lots of steps…..

The heart breaking bit of the walk (or maybe foot-breaking) is the long walk out to the lighthouse along the breakwall – which seems about five times as long as normal when its at the end of 27kms.

The bit that makes you cry.. is once you collect your medal at the end of the breakwall – you gotta walk back along the wall. We managed to make it as far as the surfclub and the first cold beer we could find! Plenty of hydration and plenty of rest. All in all there are four walks in the coastal walks for charity which cover most of the coast from Newcastle to Killcare.

This year my intention is to knock off the two remaining walks Copa to Killcare and Caves to Catho.

Be the first to like.
Like
Unlike
2018-05-27
The Amateur Adventurer
Previous: Lazing on Lake Garda: Part 2 – Malcesine & Mt Baldo
Next: Karlovac – Boys and Their Tanks 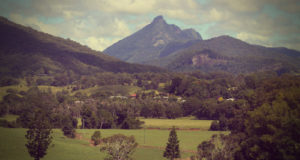 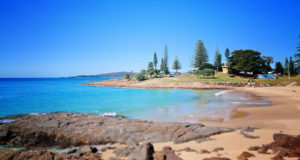 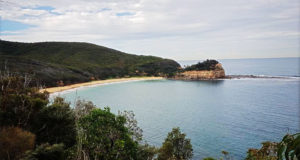