This Way to Laos

We set out early, Molly keeping us in order like a mother duck, to get a jump start on the backpackers and tour groups that would be queuing at the border. Once we’d completed the departure paperwork, it was down to the waters edge to grab a long boat, across the river to Huay Xai. This bustling riverside border town was once an important link in opium trafficking through the golden Triangle. Here we met our local guide Tui, picked up our Visa’s for Laos and exchanged money to Lao Kip, Then we headed back down to the river to catch a slow boat to Luang Prabang…a two day trip down the Mekong. The slow boat is one of the more popular ways among travelers to get to Luang Prabang, although it can be done in a single day on a speed boat, which is an expensive, dangerous and jaw-shattering 7 hour thrill ride down the river. I recommend to take plenty of books, your ipod or simply snooze the day away. The boys entertained themselves eating barbecued crickets! They apparently taste like prawn crackers.

This way to Laos

Backpackers queue to cross to the border

Heigh-ho, Heigh-ho it’s off to Laos we go!

Quick before it hops out

China – one hour over that hill

We stopped briefly at a traditional riverside village to have a look around. Bamboo huts on poles were scattered about with chickens, pigs and puppies, scratching, rolling and scampering underneath. As we walked through the village, we were followed by curious children, who would run away laughing when we smiled at them. Most of the parents were out in the field working and the children were on a break from school. Many of the children only have limited schooling until they are old enough to help with the work. Young boys often left the villages though to become monks, in order to continue their education through high school and university. Our guide Tui, had left his village at a young age and was a monk for several years. However like most young men, getting up early and only having two meals a day and no contact with girls became a bit much and he left the temple to pursue other interests. Talk to most young men who have been monks and they say the same thing. Too many pretty girls they wanted to get to know! We said goodbye to the village, with the children leaping into the water after our boat to wave goodbye.

Children are captivated by strangers

All this floating down river is tiring

The two day river trip also means a stop at Pak Beng. During our travels we mentioned to a number of locals that we stayed a night in Pak Beng. The standard reaction to this comment was usually gales of laughter accompanied by “ooh Pak Beng…small town…hehehe”.

Typical reaction aside, it was an interesting town to walk around. After a steep climb to our guesthouse, struggling with our bags, which we now decided had been seriously over-packed, Molly took us on our usual “orientation walk”. The town sits along one main street, which runs eastward to Luang Prabang and westward to China. Shop fronts restaurants and guesthouses line the street and here and there tables were set out selling jewellery, locally made rice whisky, which was bottled complete with it’s own Cobra, opium pipes, and at one stall, the highly illegal white powder to go in them. We strolled past (or rather Molly herded everyone past as quickly as she could) and continued on to the local market and wandered through. It sold the typical Laos fare – vegetables, fruit, catfish, buffalo skin, and other delicacies such as grasshoppers and frogs on skewers. A little further down the road was the local Wat (temple) and as it was around 5 in the afternoon, the monks were preparing for their evening chant. Drum beats resounded around the town, calling the monks to the temple. We strolled back along the road to the local indian restaurant – run by two Bangladeshi brothers (yes… in a village… on the Mekong… in Laos). On the way we even managed to spot a dubious looking pool table for Tiger Ted, Paul and Dave and lined up happy hour at the Hive Bar which I suspect might have been the most happening place in town – it was certainly advertised as the only official bar.

We settled in for dinner, and decided to try the famous Beer Lao. Someone should really consider importing this into Australia (EDIT Oct 2014 – Thank you Dan Murphy’s!) , definitely one of the best beers we’ve had, with the added advantage of not giving you a hangover, regardless of how much you drink (naturally I have this on good authority from Dave and Paul – not from experience). We didn’t try anything too adventurous, though Scott and Paul managed a tough goat curry.

Following dinner a few of us headed back down to the Hive Bar to check out happy hour. Unusually, the bar was owned by a very enterprising 21 year old woman named Noc. Earlier in the night she had been drumming up customers up and down the street, handing out leaflets, advertising the bar, happy hour and free welcome shots of rice wine. She also owned a hairdressing salon out the back of the bar. Paul and Dave tried desperately to get her to open it to do a couple of badly needed haircuts but she wasn’t interested. (EDIT – Bad luck for them based on the ones they eventually got from a street barber in Hanoi!)

The $1 cocktails, free rice wine shot and the CD that only had the first half of every song (although at least we recognized the tunes) eventually got the better of us and all but the three die hards (Ted, Dave and Paul if you hadn’t guessed) headed back to the guesthouse. Scott and I stopped off on the way at the Indian restaurant for a 1 hr foot massage – which doesn’t quite seem right, but I am sticking to the belief that the masseuse was not the cook!

And that was our unforgettable night in Pak Beng!

Our guesthouse in Pak Beng

The most happening place in town

Be the first to like.
Like
Unlike
2010-10-16
The Amateur Adventurer
Previous: On the Road to Chiang Khong
Next: Row Row Row Your Boat… 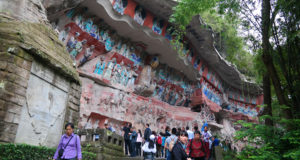 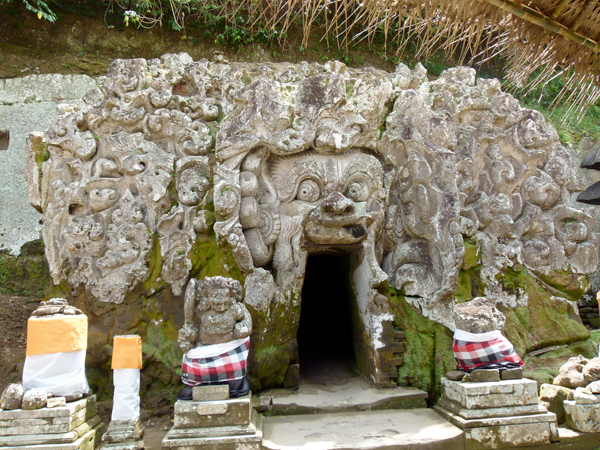 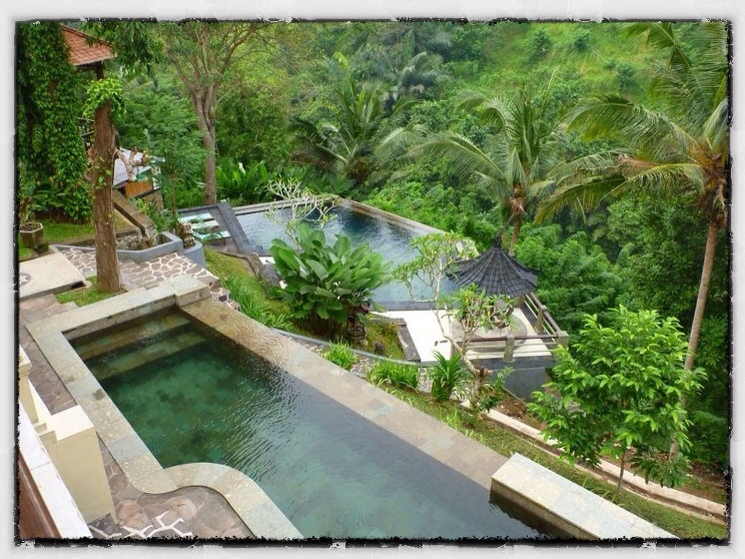