The Lost City of Troy

We reached Troy from the sea-side town of Canakkale, on the southern coast of the Dardanelles. It’s a colourful seaside town that we arrived at by ferry after leaving the battlefields of Gallipoli. Due to it’s high student population it has some atmospheric little bars and cafes down cobblestone lanes and along the waterfront promenade and can be a fun place to hang out for a day or two. 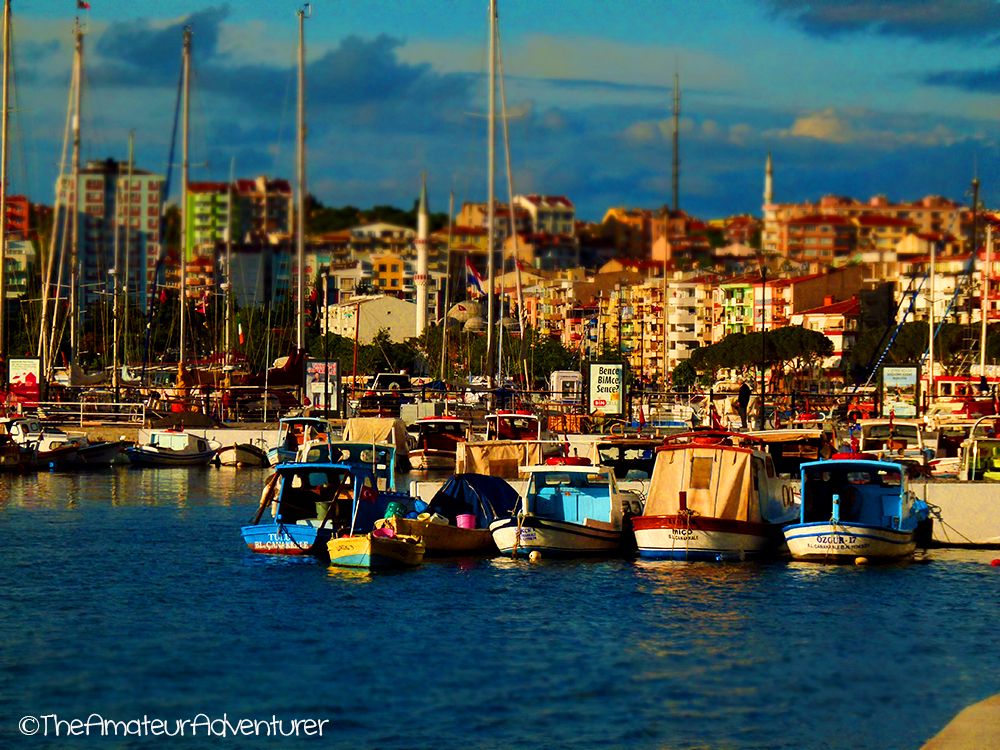 But we were only in town for a short while – as a base for our next amazing visit this time to Troy. We did get time to stop in and enjoy an Efes or four – after all it would be plain rude not to enjoy the local ale 🙂 And our little group of Aussies were nothing if not polite and considerate of other cultures as we explored this area of the world! As you walk along the waterfront you are greeted by a tall wooden horse – the very one from the 2004 Brad Pitt Movie “Troy”. It set the mood for our upcoming visit to the ruins. 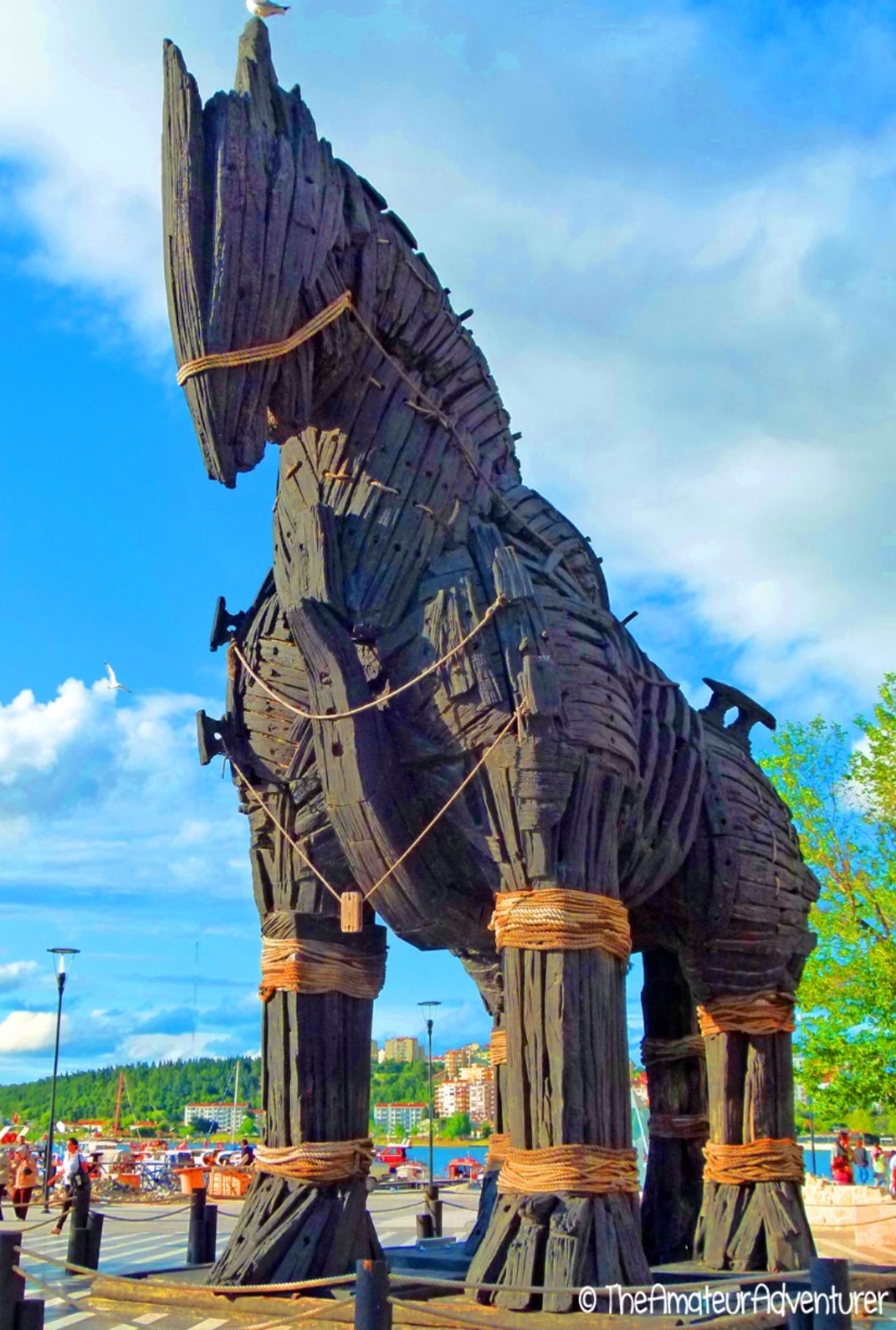 To me Troy was always part of Greek Mythology. The stuff modern day romances were built on. The Trojan war was waged over the love of a woman. The war actually originated from a quarrel between the goddesses Hera, Athena, and Aphrodite, after Eris, the goddess of strife and discord, gave them a golden apple, often known as the Apple of Discord, marked “for the fairest”. 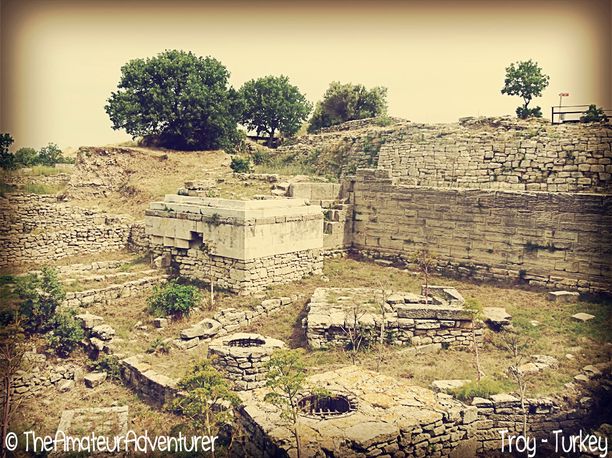 Zeus sent the goddesses to Paris, who judged that Aphrodite, as the “fairest”, should receive the apple. In exchange, Aphrodite made Helen, the most beautiful of all women and wife of Menelaus, fall in love with Paris, who took her to Troy. It is a story, immortalized by Homer in the Iliad, that has inspired movie makers for generations. The fact that Troy really exists as a city came as a surprise to me, but if I was expecting to see ruins indicating a vast city that had been held under siege for 10 years I was to be mistaken. The Troy of Hollywood was no where to be seen. 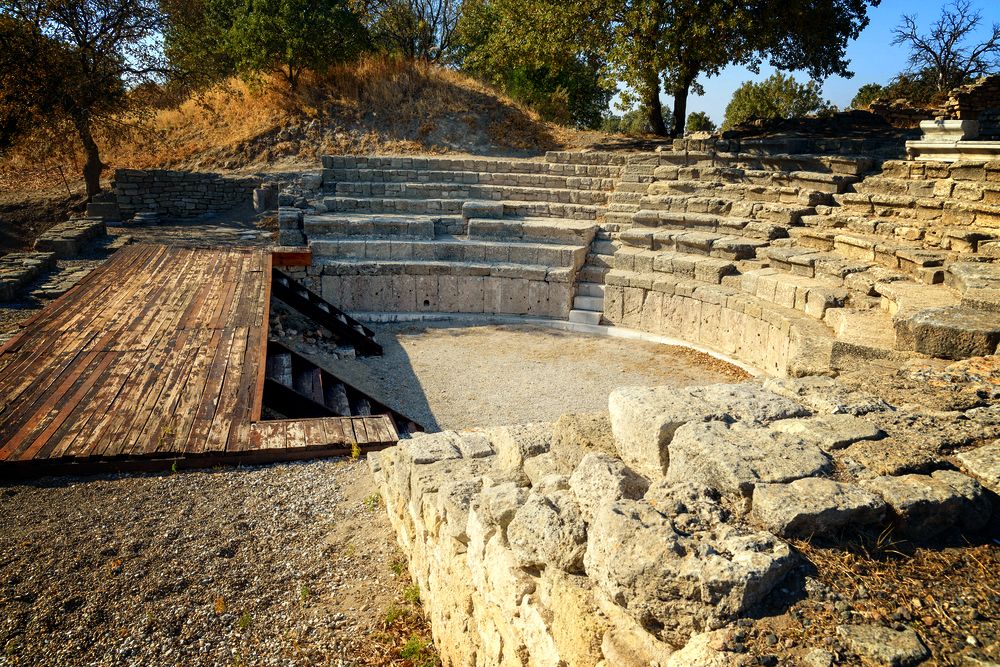 Yet with it’s 4000 year history it stands, according to UNESCO, as one of the most famous archaeological sites in the world.

Whether or not the war actually took place is a matter for debate among scholars and the city dates back much further than the age when Homer set his Iliad. n fact there is no one singular Troy – there are at last 10 cities layered on top of each other. As one was destroyed, the next was simply built on top. The ruins date all the way back to around 3000 BC (The Iliad is set around 1200 BC). 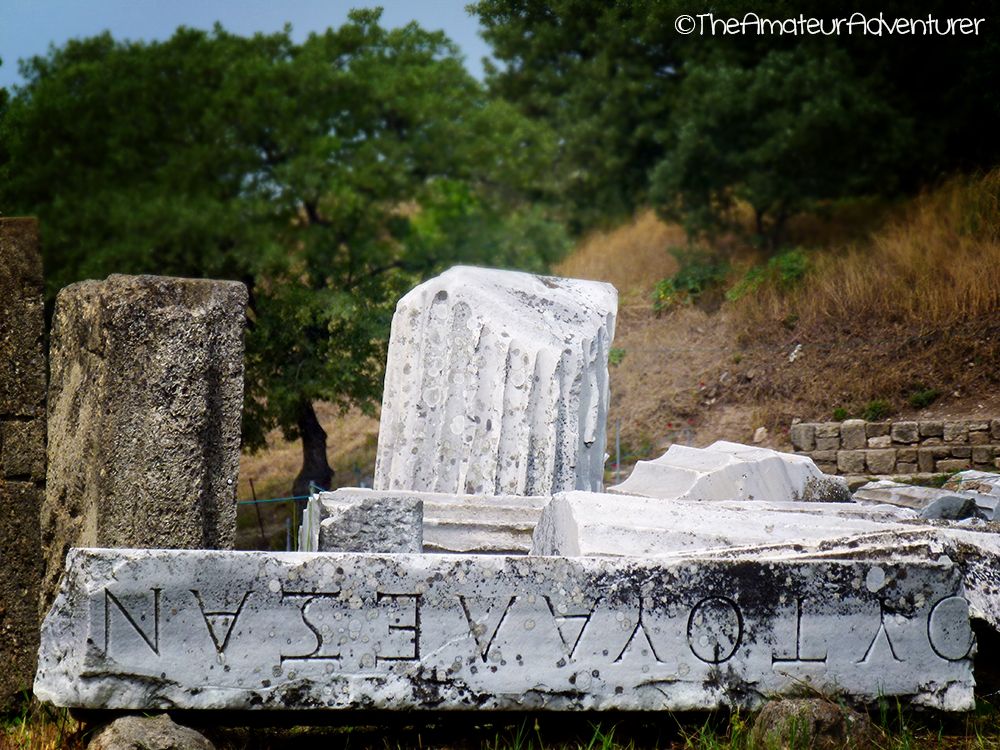 While I enjoyed Troy and it was part of a group tour, if I was short on time there are definitely other places I’d have on my list before visiting here. I think the expectation built up from movies and stories can lead to disappointment when you actaully visit the site. By the same token we were halfway through a six month trip and day in and day out we were visiting places like the Pyramids, Abu Simbel, Petra… I think you can get get spoilt after a while! Thanks for reading – I hope it inspires you to get out and see this great wondrous world we live in!

Stay tuned for our next episode, when we look at some of Turkeys natural wonders – the white travertine terraces of Pamukkale

Be the first to like.
Like
Unlike
history ruins Turkey 2017-09-29
The Amateur Adventurer
Previous: Sailing Croatia – Best week ever or over-rated?
Next: Pamukkale – A Cotton Candy Fairy Tale